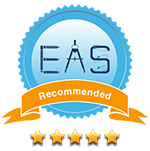 "Gozoa The Key Quest is a fabulous app for kids that enjoy gaming. From an adult perspective, it is very much like a Super Mario game (but with very strong educational links). If only Super Mario had included maths quizzes alongside its games – a massive section of the generation Xers would now be maths geniuses!"

"The name Gozoa should be memorised by all parents who have primary school kids, because Gozoa simply develops fantastic and especially entertaining educational maths apps that kids love."

"The Key Quest is challenging and exciting with just the right amount of math distractions. Your elementary kids will enjoy playing The Key Quest (and practising Math) for hours." 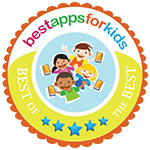 - The best of the best.
"The Key Quest is a very well planned and executed app that has so much for children to learn and explore. This app is one children will likely enjoy for hours."

A lot of hard work has clearly gone into making this app. There are so many Math skills covered in a fun way. The very clear visual and auditory instructions allowed my preschooler to master the game play fairly quickly. I really liked the flash back feel to the 90s platform games like Sonic the hedgehog. The graphics are some of the best I have seen in a kids app!

The platform style of this game makes it a really fun way to reinforce early math skills. The kids are sold on it.

Rated as ”EDITOR´S CHOICE” for a especially well-produced kids app.

“If your kids didn’t have much fun with educational apps in the past as well,  then you should definitely check out the fun Gozoa app – Play & learn math. Even us adults had a lot of fun whilst testing the app and kids most definitely did anyway.”

“At Fun Educational Apps, we give GOZOA high marks for knowing what math concepts to include and how to keep children interested in playing the game.” 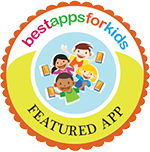 ”This app is one you don´t want to miss!”

“A beautifully designed children’s game that is packed with tons of goodies to keep kids learning and entertained.”

This app is highly recommended as an educative app for kids.

A great math app that helps children learn the value of a dollar as they earn and spend gold coins to purchase clothing and accessories for Gozoa.

Here you can download GOZOA logos and screenshots from the games